Tsuwano is a must-see on any visit to the Iwami region in Japan. This ' little Kyoto' of Shimane is bursting with shrines, and temples, traditional houses, museums, art galleries, and plenty of nice cafes and inns. When you see Morijuku museum for the first time, you might not notice it’s a museum because it has no English sign.  Actually it was a house. In this museum you can see a lot of the pictures by children's book illustrators, married couple Sho Nakao and Maya Yoshiura.  Mr. Nakao originally came from from Tsuwano. You can also see Goya’s print of bullfighting, pottery, drawers for medicine and so on.

The building was once  used as a sake cellar and the Yae family lived there in the 17th century. They engaged in politics in Tsuwano very much and propsepred. Severla times this house was threatened by great fires in the town but the house was saved. Though this house was rebuilt because it became old, it retained its style. Big trees are used as beams and it has high ceiling. Upstairs it has special small windows, one is to get more light from other rooms and the other is to look down situations of downstairs. It must have been convenient for the manager of the sake cellar to check the condition of the cellar. Some shutters have holes because it’s old, and these holes work like a projector and shoji become screens. So we can see beautiful garden by the pinhole camera in the darkroom. It’s very interesting.

The garden  is worth seeing especially in Fall.  You can also get a good view from the window. For example, Taikodani inari shrine, the mountains around Tsuwano, and so on.

There are more interesting things to know. If you ask  for some explanation from the curator, they will tell you politely. But it might be in Japanese.

notes: It takes about 12 minutes from Tsuwano station on foot. There is a  parking lot too. 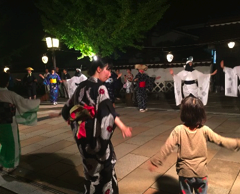 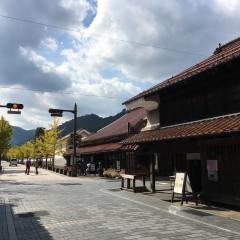 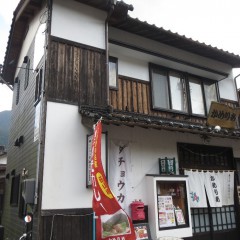 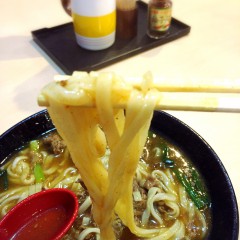 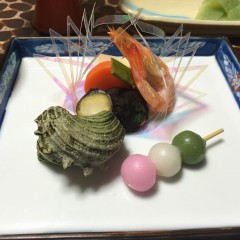 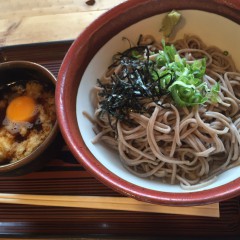